COVID-19 has put the world on hold. In Japan, many schools remain closed, as businesses and commerce slow down. However, the energy of young children remains well intact.

With playtime seeming a little more precarious these days, one maiko group is attempting to lessen the burden. Akita Maiko are hosting online dance lessons in their “online theater” to help caged-up children burn off pent up energy. And provide a little cultural education in the meantime.

In their online lessons, the maiko pair begins with a quiz, asking, “How many geisha and maiko were there 100 years?” You guessed it, only 200.

The duo then explains, to get everyone’s body moving, they will do a dance. Their shamisen 三味線 (a traditional Japanese stringed instrument) musical piece is accompanied by minyō 民謡 classical style singing. While the lyrics are simply dance instructions, the routine is reminiscent of maiko and geisha performances. 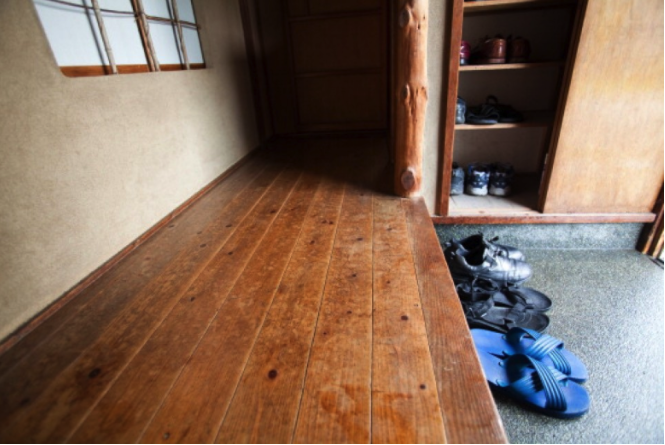 The artists follow with a game of group janken (rock, paper, scissors). Anyone who has worked with Japanese children will understand the interest this activity demands from students. Finally, the duo reminds children to was their hands and gargle to stave off all those nasty COVID-19 bugs.
Maiko vs Geisha

Akita Maiko consider themselves maiko; however, the uninitiated would have probably guessed they were geisha. You’d be forgiven for thinking so because the two clearly look similar.

Nevertheless, there are differences. Geisha are likely more iconic. These hostesses are trained entertainers. Known as “women of the arts,” they are well-versed in the shamisen and classical music. Although they are exceptional musicians, they are also taught to be charming and sociable. They enchant guests while dancing, entertaining, and serving drinks.

Maiko are very similar. Sometimes referred to as “geisha in training,” they are younger apprentices earlier in their studies. They must undergo five years of training before they “turn the collar,” a term for graduating to become a geisha.

They are also slightly different in appearance. Geisha are obviously somewhat older and wear less flashy hairpins and kimonos with shorter obis (sashes). While maiko typically style their own hair, geisha wear wigs.

There are also slight differences in their makeup. Both maiko and geisha paint their faces white with oshiroi 白粉 white foundation. However, maiko wear red makeup around their eyes and more often use pink blush. Geisha, on the other hand, tend to wear black eye makeup with red highlights.
Working From Home

Akita Maiko are forging new ground while making necessary changes. They recognize the pandemic’s potential to expand out-of-control. Yet, they know life must go on, even if only online.

Unfortunately, many residents in this densely crowded nation are unable to follow-suit. Despite urging by government officials, many businesses remain unwilling or unable to instigate remote work policies. Remote work is uncommon in Japan, and traditional attitudes are often opposed to it.

However, employers’ hands may soon be forced. While trains and public areas remain packed, infections could skyrocket, some fear. Consumers are also forgoing social distancing as they head to crowded parks for seasonal sakura viewing parties, further worrying government leaders.

Also, as the International Olympics Committee begins planning fallback scenarios, Abe admitted that the Olympics might be delayed. As Japan has long since been preparing for the event, the prime minister ruled out the possibility of canceling the event.
Pulling Together

On their crowdfunding page, Akita Maiko explains the role of their services. Due to the novel coronavirus, there is a high possibility of infection resulting from personal contact. This can be avoided, the duo states, by switching to online activities.

As an act of pulling together, the group plans to offer its services free of charge. Life has been turned upside-down by the coronavirus, but children should still be able to find happiness in trying times. If Akita Maiko can also support the culture of Akita, there’s no harm in that.

The entertainers’ sentiment is increasingly commonplace throughout Japan, a country where devastating natural disasters are nothing unusual. In Abashiri, an outdoor guide is encouraging children to play outside while maintaining social distancing. After requesting children to make snowmen and send in pictures, the guide hosted an online photo competition.

Retailers, on the other hand, are coming together to stop price-gauging. Unfortunately, as in many countries, panic-buying has struck Japanese consumers as essentials like masks and toilet paper remain in short supply. AEON malls received praise for keeping shelves stocked with toilet paper amid their campaign to end price gouging.

Finally, consumers are coming together to support each other online. Musicians are shifting to online performances, while crowdfunding is being sent to service workers and others on furlough. It seems Japanese resilience is maintaining even during the current crisis.