Prime Minister Shinzo Abe and his ruling Liberal Democratic Party agreed Friday that the government will provide 300,000 yen ($2,800) in cash to each household suffering from falling incomes amid the spread of the new coronavirus. 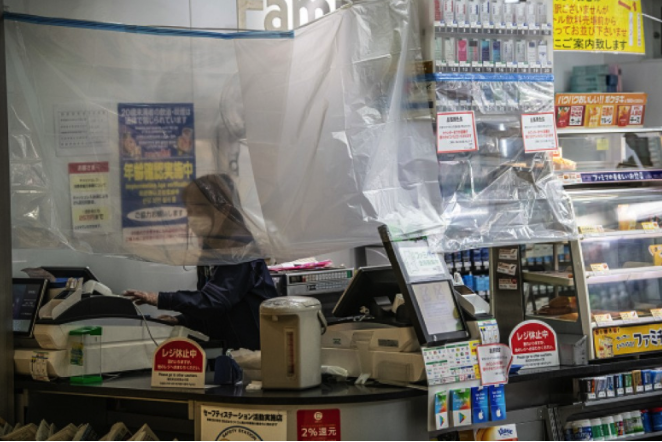 “I told the prime minister that 300,000 yen should be given to each household whose income has decreased to a certain level,” LDP policy chief Fumio Kishida told reporters following a meeting with Abe, adding that the prime minister agreed on the idea.
About 10 million of Japan’s 58 million households are expected to be eligible for the cash program, a key pillar of an emergency economic package that the government plans to compile possibly on Tuesday, according to officials with knowledge of the matter.

The government was initially considering giving 200,000 yen to each household in need, but the premier was in agreement with the proposal to raise the amount as he believes more drastic support is necessary, the officials said.

The cash program will be funded by a supplementary budget for this fiscal year that the government wants to pass in parliament before Japan’s Golden Week holiday starts in early May.
The government will not set a household income limit for the cash handout, which will be tax-free, according to the officials.

“If we set an income limit, we would have to check individual incomes, which would take a lot of time,” Yasutoshi Nishimura, minister in charge of economic and fiscal policy, told a press conference. “Instead of that, we’ll come up with an unprecedented way (to judge who should receive cash).”

Nishimura said recipients will be limited to those who are facing livelihood difficulties and that civil servants, politicians and major corporate executives who have not been significantly affected by the economic impact of the virus outbreak, for example, will be excluded from the scheme.
The government will work out details such as the level of income falls that would qualify households for the program and how applicants should file requests for the support with municipal governments, according to the officials.

Abe has said the government will provide cash “as soon as possible” not only to households but also to small and midsized business operators that have seen their revenues drop.
Abe has said the package to tackle the coronavirus will be larger than the 56.8 trillion yen emergency package compiled in April 2009 following the previous year’s global financial crisis.
The LDP has called for a 60 trillion yen package, including 20 trillion yen of fiscal spending.

In response to the 2008 financial crisis following the collapse of Lehman Brothers Holdings Inc., the government set aside about 2 trillion yen to provide Japanese citizens with 12,000 yen, with people aged 65 or older, and 18 or younger, receiving an additional 8,000 yen.
Finance Minister Taro Aso, who was prime minister during the 2008 crisis, told journalists Friday that experience of the 2009 cash handouts showed that providing cash to households across the board would be “meaningless.”